Farewell to this Blog

This blog started as a way to document the making of Abandoned Allies back in May of 2008. Since that first blog post, we've come a LONG way. The film is now finished and we premiered it at the IMAX at Marbles in August 2012. We've organized indie screenings in Raleigh, N.C., and are presently working on additional screenings statewide as long as resources (like time and money) allow it.

This will be my last blog post here. All updates about Abandoned Allies will now be posted on the film website: www.abandonedallies.com. Any time we have news to share, that's where you can find it first. We also share updates about the film and relevant world news on Facebook and Twitter (@AbandonedAllies). Any time you want to continue the conversation, you can find me there. I welcome the conversations.

Since 2008, I've published nearly 400 entries on this blog. Since this is my last one here, I want to thank you all for the kind words, constant encouragement, and patience as I learned to make my first feature film. These years have been full of trials, tribulations, and overwhelming joy -- most of which is documented on this blog. It allowed powerful conversations to take place and it provided a foundation for strong relationships to grow. It's something I'll always cherish.

Now that Abandoned Allies has been completed, I'm starting new filmmaking journeys. I write about those efforts on my personal website: www.camdenwatts.com. There are some really exciting things taking shape. If you'd like to follow along, visit the site and sign up to get blog post updates via email.

Thank you, again, for the support and encouragement. You have no idea what a profound impact you've had on my life. I am forever grateful. I look forward to sharing my next films with you very soon.

Sincerely,
Camden
Posted by Camden Watts at 1:47 PM No comments: 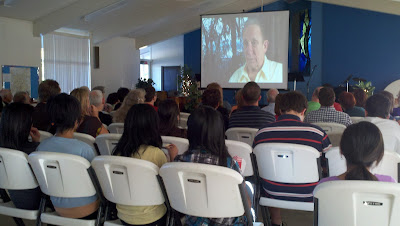 Last year St. Paul's Christian Church in Raleigh, N.C., hosted a screening of Abandoned Allies. They have a very active congregation and do a lot to support the local Montagnard community. Today I received a call for volunteers for a program that sounds so promising.

Here's more information about volunteering with the Montagnard community in Raleigh, N.C.:


Montagnards are eager to learn, but need your help! St. Paul's Christian Church is starting a tutoring program on Sunday evenings from 6:00 - 7:00 pm. St. Paul's is located at 3331 Blue Ridge Rd. in Raleigh, near Rex Hospital.

This will be an informal program - no experience is required, just flexibility and a willingness to help as needed. We have several Montagnard children who need help with homework and reading skills. Several adults would also like help with English conversation and literacy. We may need you to read a simple book with a child or adult, help a teenager write an essay, or simply talk with an adult to build confidence in their English speaking abilities.


If you've watched Abandoned Allies and felt the call to encourage and support the local Montagnard community, this is a fantastic opportunity. It's a great way to get started. Everyone I've met at St. Paul's has been kind, warm, and welcoming. Let me know how it works out for you! 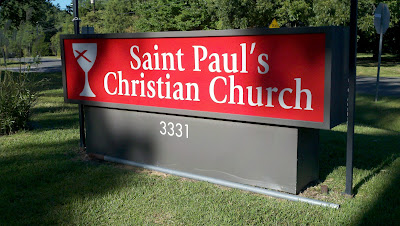 Posted by Camden Watts at 10:23 AM No comments:

We're screening Abandoned Allies three times this week. There will be two question and answer sessions associated with the screenings. All screenings of the film are FREE!

Wednesday, January 30th we'll screen the film at Meredith College. There will be a question and answer (Q&A) session afterwards. Get more info on the Meredith College website.

Sunday, February 3rd we'll screen the film at IMAX at Marbles two times, with a Q&A sandwiched in between the screenings. Get your free tickets and more information about the screening here: http://aaimax.eventbrite.com.

We can't wait to share the film with you. Please be sure to share your thoughts and reactions afterwards. We'd love to keep the conversation going!
Posted by Camden Watts at 8:05 PM 2 comments:

I have so many ideas about what to do with Abandoned Allies now that the film is finished. We've been organizing screenings of the film, but I have ideas that extend beyond that. Beyond the film and sharing it.

What I have in mind is actually leading positive social change, which feels appropriate on MLK weekend. (He inspires me.) I'm not sure how to do these things, but I know some smart people who have already started trying. I feel really grateful for that.

Here are a few things I'd love to see take shape:


I could go on and on about these things. They are dreams at the moment, but dreams do come true. I believe in that.
Posted by Camden Watts at 9:21 AM No comments:

You May Have Noticed

You may have noticed a lack of new blog posts here recently. There are a few reasons for that. I'll explain.

We finished Abandoned Allies in 2012 and started sharing it with audiences. It's a new chapter in the life of this film. An exciting chapter.

There are a lot of behind-the-scenes preparations that go with the screening preparations -- few of which are blog worthy. They could easily be described in once sentence: I contacted some folks again today about screening the film. See what I mean? Not that exciting...


We do have two screenings coming up. I'm really exciting about them. One is on January 30th and another is set for February 2nd. You can get more information about both screenings on my indie filmmaker site where I blog more often these days.

I've also submitted the film to several film festivals, so there's a lot of waiting now. I have my fingers crossed about getting in, but you never know how it'll play out. Film festivals have a lot of competition these days, and I can only imagine how hard it is to handle the programming. So, you know, posting info about whether we got into a festival or not just feels a little weird to me. I probably won't share much of that here.

If you're curious about what I'm doing now that Abandoned Allies is in the can, check out my latest endeavors at camdenwatts.com. That's where I've started writing about my latest projects, victories, challenges, and the never-ending struggle to balance it all. Check it out. Leave some comments.

We've also started updating the Abandoned Allies website. To get information about what's happening with the film, check that website regularly. I'll post stuff there regularly.

In conclusion, you'll see less and less on this particular blog now -- as we transition into a new chapter in the life of Abandoned Allies. Life's an adventure, though, and I still have plenty to learn. I'll share more stuff on abandonedallies.com and camdenwatts.com, so get your fix there!
Posted by Camden Watts at 6:42 PM No comments:

There's a lot of good stuff going on behind the scenes right now. We've been busy with DVD duplication, film festival submissions, promo video editing, and screening event coordination. There are more screenings of Abandoned Allies taking shape, too. We haven't announced the details just yet, but you'll here it soon enough. There will be exciting things to share.